We've all noticed how empty the roads have been in our area under the COVID-19 stay-at-home order. With only essential workers and people out for necessary supplies on the streets, traffic has reduced by half. 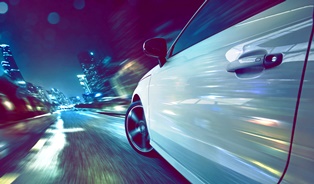 That's why it's so surprising to learn from the Massachusetts Department of Transportation that the traffic fatality rate for April 2020 was nearly the same as it was in April of 2019, despite fewer cars on the road. This amounts to a doubling of traffic deaths under the stay-at-home order. Massachusetts State Police also report an increase in tickets issued for speeding, so it seems people are taking advantage of less congested roads to put the pedal to the metal, regardless of other cars, pedestrians, and bicyclists.

The team at Mahaney & Pappas, LLP wants to assure you that if you're a victim of a motor vehicle accident in Framingham, Webster, or elsewhere in Massachusetts, we're ready to fight for your right to compensation from the reckless, negligent, or distracted driver who caused your crash.

What's Happening on Our Roads?

Deadly crashes on Massachusetts roads are nothing new, but drivers seem to be taking more risks during this crisis than usual. If you or a loved one was injured in a crash, it might have been caused by:

Mahaney & Pappas, LLP Is Here for You

As Massachusetts' residents transition to life under the less restrictive Safer-at-Home advisory, traffic will undoubtedly increase, as will accidents and injuries. We want you to know that Mahaney & Pappas, LLP, continues to provide legal services during the crisis and can discuss your car accident case with you over the phone or in a virtual meeting. Please reach out if you or a loved one was injured in a motor vehicle accident.