Is Social Media Contributing to an Increase in Accidents and Injuries? 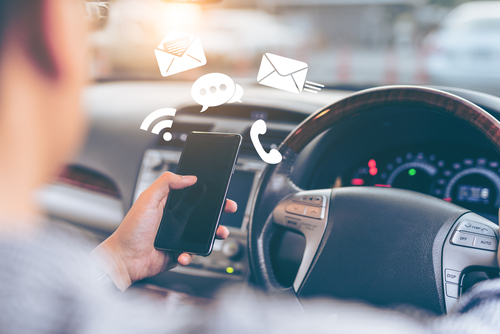 I assume most people nowadays probably know or at least have heard about social media. Social media are websites and smartphone applications that allow users to connect and network with others and share content and information. Social media is very helpful for many to connect or reconnect with friends and family as well as promote business services and products. So, if social media is so beneficial, how would it cause or contribute to motor vehicle accidents?

There have been many studies that expose social media addiction. This is the excessive use and checking of social media. While there is nothing inherently wrong with continuously checking social media, it’s the drivers that are constantly using social media while driving that create the danger. This behavior leads to distractions contributing to car crashes and serious injuries.

Distracted driving has become a very hot topic. Sure, it’s always been an issue and dangerous, but with the emergence of new technology it is becoming one of the leading causes of serious car accidents, severe injuries and even death. Cell phone use is one of the major culprits. A driver who is looking down at their phone to check their social media apps is taking their focus off the road and other cars. This causes those drivers to be distracted from the safe operation of their vehicles and can lead to accidents.

Many studies have shown distracted driving kills more than 10 people daily and causes over 1,000 people to be injured.  It is not only texting and driving that cause these awful injuries. Many crashes are now being caused by drivers who are using social media apps while behind the wheel. Most of these victims are teenagers.

How serious of a problem is this?  Well, some call it an epidemic. According to the National Highway Traffic Safety Administration in 2015 almost 3,500 people were fatally injured and nearly 400,0000 were injured due to distracted driving. For teenage drivers, nearly 60% of car crashes involved distracted driving.  There have been reports of countless injuries and fatalities from car crashes that involved social media and smartphones. In one reported accident, a young driver was said to have caused a serious car crash which lead to the death of a woman because the driver was live-streaming on a social media app while driving.

We can all help and do our part to make our roads and highways safer by putting down our phones while driving. This will not only allow us to drive safer, but for those of us with children, it will set an example that we hope our children and the next generation of drivers will follow. The consequences are well documented and can be devastating.

Where to Turn if You Are Injured by a Distracted Driver

Car accidents often cause very serious injuries which in turn can result in expensive medical bills, lost wages and significant pain and suffering. Some crashes can leave victims with permanent disabilities and a lifetime of heartache. If you or a loved one has been injured in a crash caused by a distracted driver, you should consult with an experienced Massachusetts car injury lawyer.

An experienced attorney will evaluate your accident case, inform you about your legal rights and what compensation you may be entitled to recover. Additionally, a lawyer can help protect your rights to that compensation.

A distracted driver is a negligent driver. Massachusetts law requires motorists using the roads of the Commonwealth to use reasonable care for their own safety and for the safety of other motorists. Thus, if an accident and your injuries were caused by a distracted driver using their cell phone or social media, they should be held accountable.

Many times, however, auto insurance companies make it difficult for accident victims to get the compensation they deserve. They may blame you for causing or contributing to the accident. That may allow them to refuse to compensate you or reduce any compensation you may receive by a percentage that they contend you contributed to the crash.

An experienced accident attorney can protect you from the many tactics that insurance companies employ and will put you in the best position to obtain the financial compensation you deserve after being seriously injured in a crash caused by a distracted driver.