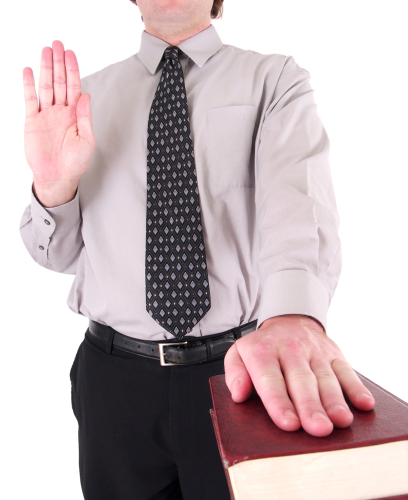 We recently represented a man who was injured in a hit-and-run car accident in Framingham, Massachusetts. The other driver fled the scene and was never identified. An uninsured motorist claim was filed on his behalf seeking compensation. His auto insurance company requested that he submit to an examination under oath.

In the crash mentioned above, another vehicle rear-ended our client and then took off from the accident scene. That vehicle and its driver were never identified. It’s awful that things like this happen but, unfortunately, they do. Unsurprisingly, our client was very upset about the accident and his injuries but was relieved to know he still had a viable personal injury claim to seek and obtain financial compensation for his injuries and damages. A claim for compensation was made under the Uninsured Motorist (or UM) provision of his own auto insurance policy.

Under these circumstances, when an insured driver is hurt in an auto accident caused by an uninsured or unidentified vehicle, he or she may pursue compensation for injuries and damages suffered from their own auto insurance carrier under the uninsured motorist coverage portion of the insurance policy.

In Massachusetts, uninsured motorist coverage is compulsory. This means that it is legally required coverage and an auto insurance policy cannot be issued unless it carries coverage for the protection of the insureds, who are legally entitled to recover damages from owners or operators of uninsured motor vehicles. In other words, it is insurance coverage available to cover damages caused by a negligent driver that doesn’t have insurance or a negligent driver that flees from the scene of the accident and cannot be identified.

Requests for Examinations Under Oath in a UM Claim

As I mentioned above, shortly after the UM claim was filed with our client’s auto insurance carrier, they served us with a request for an examination under oath. The request was to question our client about the accident under oath. Initially, our client did not want to cooperate and attend. He changed his mind when we explained the ramifications of willfully refusing to attend the examination.

What if you don’t want to cooperate and attend? Well, Massachusetts case law has held that a willful and unexcused failure to submit to an examination under oath can constitute a breach of the auto insurance contract. The breach or violation of the contract can result in the forfeiture and denial of coverage for uninsured motorist benefits. This is the last thing anyone wants to happen after being seriously injured in a car accident.

Our client attended the examination under oath. Following the examination, we were able to secure a very reasonable settlement of the uninsured claim prior to an arbitration.

If you are in a similar situation, one of the best things you can do for yourself is to speak with a qualified, experienced Massachusetts personal injury attorney. A lawyer experienced in accident cases and versed in auto insurance coverage and laws can help protect your rights to financial compensation and fight to get you the money you deserve. Here at Mahaney & Pappas, LLP, we have nearly 50 years of combined experience representing and helping accident victims get compensated for injuries suffered in accidents. We are always here to help.