Do You Need to Call 911 After a Car Accident?

Calling 911 can be a Significant Factor in Successfully Receiving Compensation 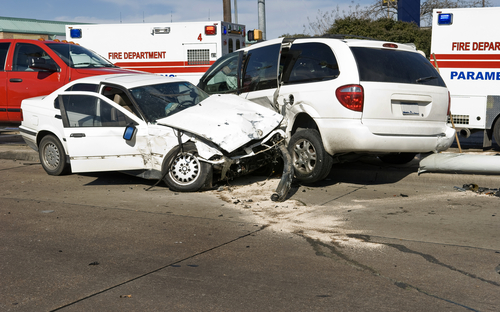 We have run into numerous cases where a client was involved in a car accident in Massachusetts with someone else, they get out of their cars and exchange information, and then drive off and report the accident to their insurance company later.  In one particular case the client felt a bit of pain at the accident scene, but experienced more pain a little while after the accident and sought medical attention. Turns out she had suffered a severe neck injury and incurred numerous medical bills and expenses.  She hired us when her insurance claim was denied.

Our client tells us that she was parked on the side of the street and that the other driver negligently struck her on the driver side of her vehicle.  Well, the other driver told his insurance company that our client was pulling out of the parking spot and struck him.  Of course, that’s all the other guy’s insurance company needed to deny the claim.  We then needed to file a lawsuit because there was a dispute as to who was responsible for the accident.

The Importance of a Police Report

Had our client called 911 the police would have responded to the scene, talked to the other guy and any witnesses, and issued a Motor Vehicle Crash Report documenting how the accident happened.  This could have established the other guy’s negligence and possibly prevented him from fabricating his story and blame our client for the accident.

According to 911.gov “If you’re not sure whether the situation is a true emergency, officials recommend calling 911 and letting the call-taker determine whether you need emergency help.”.

Hurt in a Car? Contact Our Framingham Accident Attorneys!

If you were involved in a car accident contact our team of expereinced personal injury attorneys for your free consultation today.