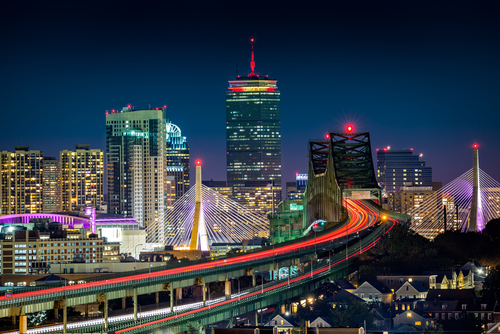 A recent report ranked Boston, Massachusetts with the worst traffic in the country. The Boston Herald reported that INRIX Global Ranking found that greater Boston commuters spend 14 percent of their drive time in bumper-to-bumper traffic. This ranked as the top in the United States above major cities such as New York City and Los Angeles. The INRIX 2017 Global Traffic Scorecard compiled data from many major cities and used a specific method to provide an evaluation of urban travel and traffic health.

To a lot of us (myself included) this doesn’t come as a surprise. I have spent many, many mornings and evenings on the Mass Pike, 128 and I-93 in bumper-to-bumper traffic. Us Massachusetts residents just accept it as a way of life. Now, traffic is one thing, but being involved in an accident after being stuck in traffic is another.

Traffic and the Probability of an Accident

There have been many studies on the relationship between traffic and the probability or likelihood of being involved in a motor vehicle crash. One study that I reviewed concluded that traffic and traffic conditions have a significant impact on the likelihood of being involved in an accident. The study also opined that the chances of being in a car accident in congested traffic, such as bumper-to-bumper traffic, is approximately six times higher than in free conditions.

Tips to Follow to Avoid Accidents in Congested Traffic

We all know what a traffic accident is.  It is when a vehicle is moving along a highway or roadway and it collides with another vehicle or object. We see it on almost a daily basis.  In fact, just yesterday morning I was driving into Boston to go to court and I was stuck in traffic.  As I slowly moved along, I came upon an accident scene where one car rear-ended another. Sometimes, though, highway traffic seems to jam up for no reason. No matter what the cause of traffic, here are a few tips to follow to avoid being in a car crash:

Follow the Speed Limits: There are times when we are running late to get to where we need to be, and traffic only makes it worse. But, driving too fast in heavy traffic significantly increases the chances of being in a crash. Speed increases the risk of being involved in a crash and also affects the severity of a crash and possible injuries. When drivers exceed the speed limit they may not have enough time to slow or come to a stop when traffic is jammed up. Also, when drivers are in traffic and it finally seems to be moving along, they tend to speed up. Then when traffic comes to a grinding halt again, it is hard to stop and avoid a crash.  Driving speed is an important factor in road safety. So, do yourself and others on the highway a favor and slow down.

Keep Your Eyes on the Road: Regardless whether you are in traffic or not, you should always keep your eyes focused ahead on the road and other vehicles when you are driving. This sounds like common sense, but when we are stuck in bumper-to-bumper traffic, we tend to get frustrated and distracted. You may be changing the station on the radio or reach for the cell phone to check your email. Remind yourself to watch the road.  Sometimes when the traffic starts to move and you are not paying attention, you may accelerate too fast and crash into the rear of the car in front of you.

Avoid Distractions While in Traffic: This one goes along with the tip above. If you are stuck in traffic, try not to let things inside the car distract you from driving and focusing on the road. Boston, and everywhere else in Massachusetts for that matter, is a very busy place. There are many cars on the road and everyone is trying to get somewhere in a hurry. Try to give yourself enough time in the morning before you hit the road. This way you can try and avoid having to multi-task in your car while in traffic doing things such as brushing your hair, shaving or putting on makeup.

Put the Phone Down: It seems like every day I’m on the highway, a car starts to drift into my lane and when I look over I see the other driver looking at his or her cell phone. Being on your cell phone while driving is a major cause of accidents because it distracts drivers from the road and other vehicles. In fact, recently Cambridge Mobile Telematics released a report on their study that analyzed data from thousands of drivers’ cell phones, which established that 1 in 4 drivers involved in car crashes were using a cell phone just before the crash. Even hands-free technology has been shown to increase the chances of a crash.

If You Are Seriously Injured in a Car Accident, Speak With an Experienced Massachusetts Personal Injury Attorney

Sometimes, no matter how careful you are behind the wheel, a motor vehicle accident is unavoidable. If you happened to be involved in a car crash and seriously injured, you should consult with an experienced Massachusetts accident lawyer.

Personal injury cases from motor vehicle crashes can be complex. There are multiple insurance companies and insurance adjuster involved. You may be treating at several different hospitals and doctors’ offices. You may be missing work and have thousands of dollars worth of medical bills coming in the mail. Taking action early on after a crash is extremely important for a personal injury claim.

An experienced personal injury attorney will be able to help protect your legal rights and take the necessary investigative and legal steps toward securing the financial compensation you deserve for your injuries. If you have been injured in an accident, be sure to follow the Three Most Important Steps to Take After a Motor Vehicle Accident. These steps will assist you in your claim for compensation and avoid the many tactics used by insurance companies to deny your claim.

Mahaney & Pappas, LLP has well over 40 years of combined experience helping accident victims get the compensation they deserve. If you have questions about an accident case, feel free to contact us online, or call us at 508-879-3500. We are happy to evaluate your case, answer your questions, and explain how you can secure the financial compensation you deserve.