Are You Protected After an Accident With an Uninsured Vehicle in Massachusetts? 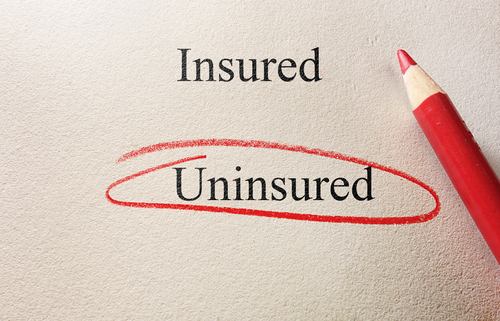 Imagine one day you are out running errands or heading to work on the Massachusetts Turnpike and out of nowhere another car slams into yours causing you to suffer serious injuries. Your injuries are so bad that you need to be transported by ambulance to a local emergency room and need immediate surgery. This is a terrible situation many of our clients have found themselves in.

After you’re discharged from the hospital, you return to your home to rest and recover. Within the first few weeks, medical bills begin showing up in the mail and because of your injuries you are still out of work. You reassure yourself not to worry, because you assume the auto insurance will take care of it. You contact your local Framingham car accident lawyer and later learn that the vehicle that crashed into you wasn’t insured. What do you do?

There Are More Uninsured Drivers On The Road Than You Think

A 2021 news release from the Insurance Research Council reported that in 2019, one in eight drivers on the road in 2019 was driving without insurance. The good news from that report is that Massachusetts had an estimated 3.5% of uninsured drivers in 2019, which was the second lowest in the United States.

The Basics of Uninsured Motor Vehicle Coverage in Massachusetts

As stated above, auto insurance is mandatory under the laws in Massachusetts. The insurance policy issued for a motor vehicle is a contract between the insurance company and the insured. The coverage under the policy is either compulsory or optional.

In Massachusetts, anyone who registers a vehicle must have four types of compulsory insurance coverage at certain minimum amounts. These include:

As you can see, uninsured motor vehicle coverage is mandatory.

While UM coverage is mandatory, the minimum amount required is $20,000 per person and $40,000 per accident. This means that if you were hit and seriously injured by an uninsured vehicle and only had the minimum level of UM coverage, you would only be covered by at least $20,000 of insurance. Accidents with severe injuries typically result in medical bills that far exceed the minimum UM requirements.

Therefore, you should review your auto insurance policy to check what limits you have under Part 3 for UM coverage. Mahaney & Pappas, LLP always recommends higher auto insurance coverage, including coverage for uninsured motor vehicles. For example, you could increase your UM coverage to $100,000 per person and $300,000 per accident or even $250,000 per person and $500,000 per accident. These increased coverage amounts for uninsured drivers should provide, at least, enough coverage for most serious injuries.

Uninsured motor vehicle coverage provides coverage for people who are injured or killed due to the negligence of another driver operating an uninsured vehicle. There are several different circumstances in which a UM claim may arise in Massachusetts. The most common are crashes where the at-fault vehicle was never registered or insured at all, or where the vehicle’s insurance was cancelled prior to the accident.

Hit and run accidents also give rise to UM claims. This is either where the negligent driver causes the car crash and then flees the scene or where the vehicle that caused the crash cannot be identified – no one can determine who owns the car or who was driving it. Hit and run accidents also include pedestrians that are struck by a motor vehicle that then takes off from the scene.

Although UM coverage is compulsory in Massachusetts, the minim amounts ($20,000/$40,000) required are very low. The amount of UM coverage you had could make a huge difference if you are seriously injured in an accident.

For example, our office recently represented a Natick resident who was rear-ended by an 18-year-old driver in Southborough on Route 9. Our client suffered a serious neck and back injury and was transported to a Worcester emergency room by ambulance. It was later determined that the 18-year-old had failed to pay his auto insurance bill and his car insurance was cancelled. Thus, our office pursued a UM claim on behalf of our client. A major issue in this claim was that our client only had the minimum UM coverage of $20,000 per person/$40,000 per accident. His medical bills were way above the $20,000 limit. Because the 18-year-old that struck him was judgement proof, our client settled for the $20,000 UM limits, which was not nearly enough to compensate him for his damages and losses.

In contrast, another one of our clients was injured in a hit and run accident in Framingham, MA. This woman sustained serious injuries to her neck and shoulder and subsequently required arthroscopic surgery to her shoulder. Since the vehicle that crashed into her fled the accident scene and no one was able to identify the vehicle, we filed a UM claim for our client. This woman had increased her UM coverage limits to $100,000 per person/$300,000 per accident. The $100,000 of UM coverage was more than enough to cover her medical bills, lost wages, and pain and suffering.

As you can see, having sufficient insurance coverage is very important to protect yourself from all possible risks – one such risk is being seriously injured in an accident with an uninsured vehicle. If you have questions about your auto insurance coverage, you should speak with your insurance agent or an experienced Massachusetts accident attorney. Remember, we are always here to help.