Are Skidding Vehicles Always Negligent in Car Crashes in Massachusetts? 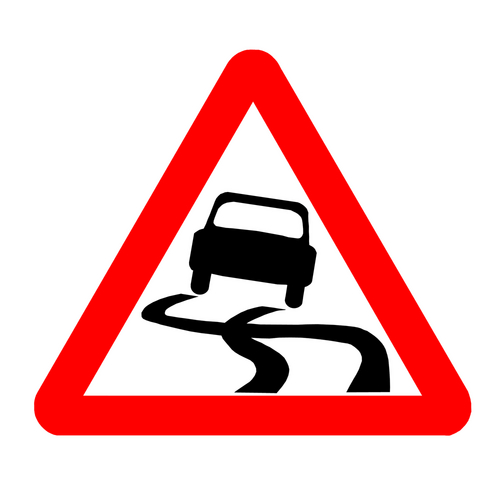 One day you are driving home from work when suddenly you are involved in a major collision. You’re in compete shock and are not sure what just happened. You feel pain in your neck and back and your car is totaled. You later learn that another vehicle skidded out of their travel lane and crashed right into you. You suffered serious injuries and have incurred thousands of dollars in medical bills.

In this example of a car accident caused by a skidding vehicle, would you be entitled to compensation for the injuries and damages you suffered? The answer depends on several factors.

Receiving Financial Compensation After a Car Accident in Massachusetts

Generally, in Massachusetts, if you are seriously injured in a motor vehicle accident you may be entitled to financial compensation. The operative word in that general statement is “may”.  The reason is that in order to recover compensation for your injuries you must first prove that the other driver was the cause the accident. Proving who's at fault for a car accident is crucial. Negligence is the standard used to determine who’s at fault for an accident.

Negligence is the failure to exercise the standard of care that a reasonably prudent person would have exercised in a similar situation. In car accidents, a driver will be deemed to have been negligent if he or she fails to drive in a safe, careful manner and that failure causes injuries to another person. Under the legal principle of negligence, the careless driver will be legally liable to the injured person for their damages.

Was the Skidding Vehicle Negligent?

In the example above, before the injured person can collect financial compensation, he or she must prove the other skidding vehicle was negligent. Proving fault in some car accidents can be difficult. An accident with a skidding vehicle is one type of crash that is often difficult to prove negligence. Why? Because skidding of a vehicle itself is not evidence of negligence.

There was an old case that arose out of an accident in Worcester, MA where a judge ruled that the mere, unexplained skidding of a motor vehicle was not evidence of negligence. The Court stated, however, that skidding may occur in connection with acts or omissions of the operator in such circumstances as to warrant a finding of negligence. Based upon this, each accident involving a skidding vehicle must be independently investigated to obtain evidence of the operator’s negligence.

In other cases involving a skidding vehicle, negligence was found where:

As you can see, the question as to whether a skidding vehicle was negligent depends on other factors that must be determined through the investigation into the car crash. Initially, the insurance companies will determine who was at fault for causing an accident. In a situation where the insurance company does not find the skidding vehicle negligent and you disagree with their determination, you have the right to file a personal injury lawsuit.

Tips to Prevent Your Vehicle from Skidding

Here are a few tips to control your vehicle and try to prevent skidding and possibly injuring someone else.

Injury claims from car accidents can present complex legal issues, especially with a skidding vehicle. So, if you have been injured in a car accident, you should speak with an experienced personal injury attorney in Massachusetts.

Mahaney & Pappas, LLP has over 40 years of combined experience representing individuals, who have been seriously injured in auto accidents. Feel free to contact us online or call us at (508) 879-3500 to discuss your accident and injuries. We will explain what your legal rights are, answer your questions and show you how we can help secure the financial compensation you deserve.