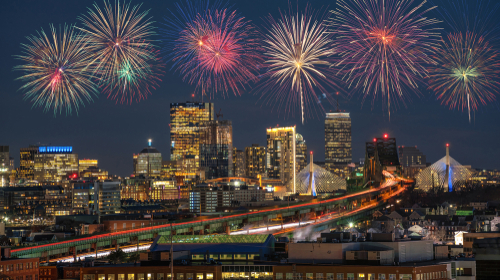 The Fourth of July is a much anticipated holiday. It is a wonderful time of the year to relax, celebrate and enjoy time with family and friends. No matter where you are in the U.S., the weather in July is almost always beautiful. Here in Massachusetts, it is expected to be sunny and in the high 80s over the Fourth of July week. This means many people will be traveling over this holiday.

Although the Fourth of July / Independence Day is usually a fun and much anticipated time of the year, it is often said to be the most dangerous travel holiday in the United States. Why? Because more people die in car crashes on average over the Fourth of July than any other time of the year. Drunk driving, distracted driving and traffic congestion are all said to contribute to the many accidents, serious injuries and deaths during this holiday. For these reasons, we should all do our part to keep our roadways and highways safe this holiday.

This year, according to AAA and INRIX, the number of people traveling by car over the Fourth of July week is anticipated to be a record high. It is estimated that over 41 million Americans will travel by car, which is a 4.1% increase from last year. The increase in travel is said to be due to lower gas prices, economic stability in the U.S. and increasing incomes. This means people have more money to spend to get out and enjoy the holiday.

The downside to the expected increase in travel by car is that highway congestion is also anticipated to increase. The greatest traffic congestion and major delays are expected to be around metropolitan areas. This is due to the standard commuters mixed in on the highways with the holiday travelers.

INRIX has estimated that Boston, Massachusetts is the number two spot in the United States for anticipated delays in travel over the holiday week. This is not surprising considering that AAA has Boston listed in the top 10 most popular destinations for American travelers over the Fourth of July.

A major culprit for the cause of many of the fatal accidents over the Fourth of July is alcohol. This is probably not a surprise to many. Fourth of July celebrations typically include barbecues, beer and alcohol. While there is generally nothing wrong with having a few drinks to celebrate, getting behind the wheel after drinking is the problem. According to the National Highway Traffic and Safety Administration, more than half of fatal motor vehicle crashes involved the consumption of alcohol.

While we hope everyone has a fun and safe Fourth of July holiday, tragic accidents are, unfortunately, a common occurrence. If you or a loved one is injured in a car crash, you may be entitled to financial compensation for your injuries and losses. The best way to determine if you are entitled to compensation after an accident is to speak with an experienced Massachusetts personal injury lawyer.

An experienced attorney will examine your case, answer your questions and advise if you have a claim for compensation. In personal injury claims that arise from a motor vehicle crash, the accident victim must establish that the other driver caused the accident and injuries. To establish fault, the accident victim bears the burden of proving the other driver was negligent. Negligence is the failure to exercise the standard of care that a reasonably prudent person would have exercised in a similar situation.

If you are successful in proving the other driver was negligent and caused the crash and your injuries, you are entitled to financial compensation. In a personal injury claim from a car accident, an accident victim may receive compensation for medical bills for required treatment, lost wages or lost earning capacity, pain and suffering and more.

The attorneys at Mahaney & Pappas, LLP in Framingham can educate you on the personal injury claim process and answer your questions about how you can pursue financial compensation. Taking the appropriate legal action after a crash will put you in the best position to get the compensation you deserve after being injured in a crash.