Boston, MA Ranked The Number One Most Congested City in the US 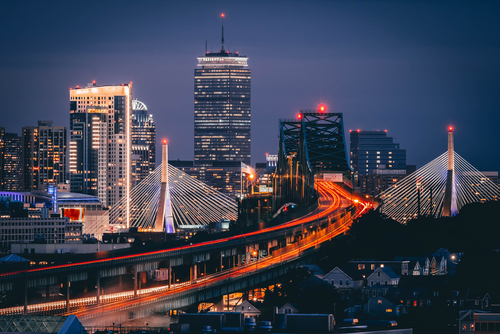 A recent study conducted and recently published ranked Boston, Massachusetts as the most congested city in the United States. This result probably doesn’t come as a surprise for those of us who routinely drive in and around Boston. Perhaps we are just used to it.

The number of cars and congestion on the roads and highways in Boston and the greater-Boston area results in a greater likelihood of being involved in a car accident. Here at Mahaney & Pappas, LLP, our personal injury attorneys focus on representing accident victims to help get them the financial compensation they deserve for injuries and losses suffered in crashes.

INRIX, Inc. is a company that studies and manages traffic by studying road sensor and vehicle data to establish how drivers get around in, not only the United States, but across the world. Their 2018 Global Traffic Scorecard recognized and ranked congestion and mobility trends in over 200 cities in numerous countries across the world. Their study was based on the amount of time lost in traffic due to congestion.

Drivers in Boston were found to have lost 164 hours in traffic congestion, which cost $2,291 per driver and was also found to have cost Boston $4.1 billion.

According to the Vision Zero Coalition annual report card for the Boston, traffic fatalities have dropped, but injuries from motor vehicle accidents have risen.

What Can You Do if You Are Injured in a Car Accident?

The increased congestion and car accidents in Massachusetts, specifically Boston, have resulted in an increased number of personal injury cases. Car accidents often result in serious injuries which in turn result in very expensive medical bills, lost wages and severe pain and suffering. You may have the right to recover compensation for these expenses and losses.

If you are a victim of a car accident in Massachusetts that was caused by another driver, you have the right to pursue financial compensation for your injuries and losses. In a personal injury claim from an auto accident you have the burden of proving the other driver was negligent in order to obtain compensation. This can sometimes be difficult. Especially when auto insurance companies try to blame you for causing the accident and your own injuries. Even when you can prove the other driver was negligent, insurance companies may try to minimize your injuries and offer to pay you less than what you deserve for your injuries.

If you were injured in an accident, seek the advice of an experienced Massachusetts injury lawyer. An experienced lawyer will evaluate your case and can help protect your legal rights to compensation. There have been studies that show how accident victims that hire personal injury lawyers generally received larger settlements in car accident cases.

So, do yourself and your family a favor, if you were injured in a car accident, seek the advice of a injury attorney. Seeking advice from an experienced accident attorney and educating yourself on personal injury claims from car accidents will put you in the best possible position to obtain the financial compensation you deserve after being seriously injured in a crash.