Compensation for a Government Vehicle Truck Crash Injury in Massachusetts

In Massachusetts, drivers can file insurance claims under their own auto policies regardless of who was at fault in a crash. If the at-fault driver caused significant losses, injury victims might then file a lawsuit to recover the total amount of damages from the at-fault driver’s insurance company.

However, the process is vastly different for accident claims against drivers employed by the federal government. Injury victims will be greatly challenged to win compensation from negligent state and federal employees, and it’s essential to speak with an experienced truck accident attorney before attempting to file a claim. 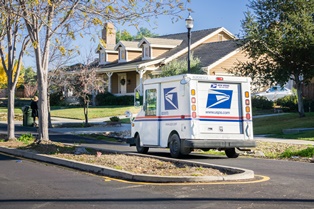 State and Federal Vehicle Crashes Differ From Other Truck Accidents

All government vehicles are self-insured, meaning they aren’t covered by private auto policies. Instead, the government pays for any injuries or negligence claims using taxpayer funds. After a collision with a mail delivery truck, school bus, or other vehicle owned by the state or federal government, you will file a claim under one of two statutes: The Federal Tort Claims Act (FTCA) or the Massachusetts Tort Claims Act (MTCA).

Claims against the U.S. government need to be pursued through the FTCA. Your truck accident case may fall under the FTCA if it involves:

To file an FTCA claim, all of the following must be true:

Claims against the state government are processed through the MTCA. You might have a claim under the MTCA if your injuries were caused by a state-level employee of:

How Do I Begin a Truck Accident Case Against the Government?

Each statute establishes the rules, procedures, and time limits for bringing a civil action against the government. The laws are complex, require injury victims to meet deadlines, and limit the total amount of compensation an injured party may recover.

Can I File a Personal Injury Lawsuit Instead?

Public employees cannot be held personally liable for any personal injury or wrongful death they cause while acting in the course and scope of employment. However, there could be multiple parties at fault for the crash, and some of them may fall outside of the government’s jurisdiction. An in-depth investigation of your case can determine who should be held responsible for your compensation and identify all relevant insurance policies that could apply to your case.

If you were hurt in a crash with a government vehicle, we could help you receive the full compensation you need and deserve. Please contact us online, or call 508-879-3500 to schedule a free case evaluation with the trusted injury attorneys at Mahaney & Pappas, LLP.