In Massachusetts, Children Injured in a Car Crash can File a Bodily Injury Claim 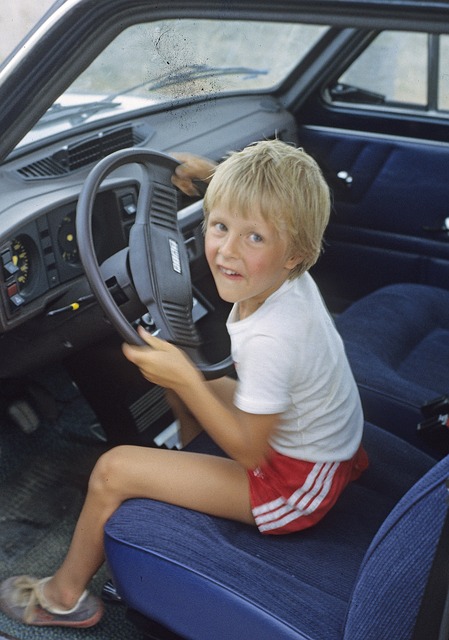 You and your child are out driving around one day. While driving through an intersection you hear the sound of tires screeching. In that split second fear overcomes you as you brace for impact. Bang, you and your child were just injured in a T-bone accident. Being hurt in car accident can be extremely frightening.  But, having a child injured in the car crash makes things much worse.

The probability of suffering an injury after a serious car accident is relatively high. At Mahaney & Pappas, we see injuries from Massachusetts car accidents daily. No one ever expects to be involved in a crash, but it happens. Our office has seen serious injuries, including broken bones, knee injuries, and back injuries that sometimes require surgery. For some age groups, the chances of being injured in a motor vehicle accident are greater and they are likely to suffer more serious injuries in these accidents.

Children and minors, among all age groups, are the most prone to suffering one or more injuries in a car crash. Children and minors under the age of 18 account for approximately 23% of the United States population.  In fact, this number is at an all-time high at a reported 74.2 million individuals. The Centers for Disease Control and Prevention (CDC) reported that motor vehicle injuries are a leading cause of death among children in the US. The CDC also reported that in 2014, 602 children ages 12 years and younger died as occupants in motor vehicle crashes, and more than 121,350 were injured. These statistics are unnerving as we always try to protect and care for children.

The National Highway Traffic Safety Administration (NHTSA) conducted extensive research on Children Injured in Motor Vehicle Traffic Crashes. Their research revealed some of the same types of injuries that children suffer in car crashes that this office has dealt with.

The NHTSA reported that the most common injuries sustained by children in traffic crashes were head injuries. The report indicated that children under 1 year old had higher incidence rates of head injuries than the other two age groups. The most common type of head injuries for a child were contusions or lacerations. Also, concussions were shown to have been more common for children under 1 year old. Children between the ages of 1 and 7 were more likely to suffer skull base fractures from a traffic accident. Head injuries are very serious for children because they have been shown to cause memory loss and learning disabilities in children.

The lower extremity of a child were also reported to be susceptible to injury in car crashes.  In fact, pelvic fractures were allegedly higher among children under 1 year old. Likewise, injuries to a child knee and the area below the knee were also very high for children in car accidents.

Children injured in car accidents have the same rights as adults in a personal injury case. These rights include filing and pursuing a claim for bodily injury seeking compensation for their injuries.  Also, children have the right to pursue certain insurance benefits to cover their medical bills.

Personal Injury Protection benefits are a part of the standard Massachusetts automobile insurance policy, which is commonly referred to as PIP or “no fault” benefits, and is governed by Massachusetts General Laws, Chapter 90 §34M. PIP benefits provide coverage for: reasonable and necessary medical expenses incurred within two years of the accident; lost wages of up to 75 percent of the injured person's average weekly gross wage; and, replacement services paid to someone outside of the injured person's household to perform necessary services the injured person cannot perform as a result of the injury from the car accident. A claim for PIP benefits will be filed with the auto insurance carrier that covers the vehicle the child was riding in.

Generally, PIP benefits will cover the first $ 2,000 of medical bills/expenses. The medical bills and expenses will, thereafter, be submitted and covered by the health insurance plan or policy under which the injured child is covered.  If, however, the child’s health plan is covered by Medicare, Medicaid, Mass Health, or a fully self-insured Employee Retirement Income Security Act (ERISA) program, then PIP will cover up to $8,000. This is because these latter health plans are not considered health-care plans or policies for PIP purposes.

As mentioned above, PIP is also referred to as "no-fault" benefits.  This is because they are available no matter who caused the accident. So, even if the parent or guardian caused the car accident that injured their child, PIP benefits are still available to cover some of the child’s medical bills.

Children who are injured in a car accident are entitled to file a claim for bodily injury and seek compensation for the injuries they sustained in a car accident. The claim for bodily injury will be filed with the auto insurance carrier that covers the vehicle that caused the accident. This is, typically, the vehicle that struck the car your child was a passenger in.

The bodily injury claim is, essentially, to seek financial compensation for the child’s injuries, medical bills/expenses, and their pain and suffering that was caused by the careless or negligent driver. As part of the bodily injury claim, it must be established that the driver was negligent. Negligence can be imputed on the other driver or the driver of the car the child was in, depending on how the accident occurred.

Negligence is determined by who failed to exercise reasonable care in operating his or her car and that failure is what caused the accident and the child’s injuries. Negligence determines liability. The liable party, or their insurance company, will be responsible for financial compensation for the damages sustained. Once negligence is determined, the bodily injury claim then seeks compensation for the child’s damages, which generally include medical bills and out-of-pocket expenses as well as pain and suffering.

Best Protection Against Injury for Children in a Vehicle

Where a child sits in a vehicle can help protect them from injury in a car accident. The safest place for a child to be in a vehicle is the second row of seats. There have been studies that show children are less likely to be injured in a head-on or T-bone collision if they are in the second row. In comparison, children in the front seat were reportedly more than twice as likely to be injured in a head-on accident as opposed to children in the back seat.

Also, the best defense against injury, for both adults and children, is the use of seatbelts. In young children, this includes the use of car seats and booster seats.  A seatbelt, alone, can reduce your risk of a serious injury by 50%. The NHTSA reported that unrestrained children in vehicles had significantly higher rates of disabling injuries regardless of their seating position inside the vehicles. Our laws in Massachusetts make it mandatory to wear your seatbelt whether you are the driver or a passenger of a motor vehicle. This is for safety reasons and can be the best protection for a child.

No one ever wants to think about their child being injured. But, if it happens, it is better to know what to do. If your child has been injured in a car accident, though it may not be a priority right away, remember your child may have a claim for financial compensation. Don’t be burdened with expensive medical bills for your child’s injury caused by a careless driver. Feel free to contact us or call (508) 879-3500 to find out how to take action.