I Was Hurt on the Job and I’m out of Work. How do I pay a Workers’ Comp Lawyer? 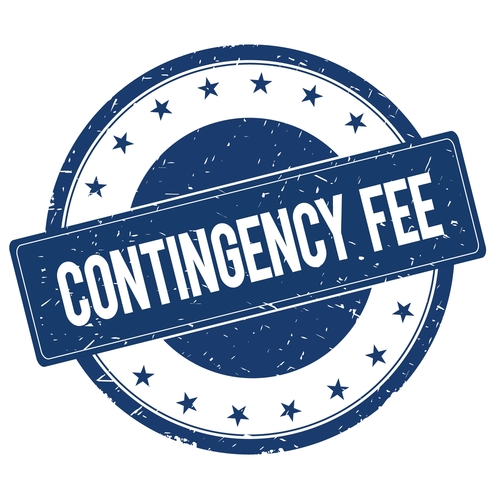 This is a question that we hear often. Unfortunately, it is usually asked well after the worker is hurt on the job and has been out of work for a while. Some workers don’t even bother contacting a lawyer after being hurt on the job. This is because they are losing wages from being out of work and barely have enough money to pay their bills, never mind hire a lawyer. But, the Workers’ Compensation Act in Massachusetts makes it easier for injured workers to retain a workers’ compensation attorney. Let’s see why.

In Massachusetts, the Workers’ Compensation Act controls how and how much lawyers are paid for representing injured workers in a work-related accident. These lawyers are hired on a contingent fee basis. The contingent fee agreement provides that the lawyer’s legal fee is contingent upon being successful in the workers’ compensation claim.  In other words, the lawyer earns an attorney’s fee if they get the injured worker the benefits they deserve or are able to negotiate a lump sum settlement for their client. The fee, however, is not directly paid by the injured worker.

How much and who pays the attorney fees depends on what stage of the workers’ compensation process the claim reaches. The laws in Massachusetts set a predetermined fee for each level of the workers’ compensation claim. For instance, if the injured worker is successful at his or her Conference, the judge will order the insurance company to pay the worker’s attorney a set fee. In another situation, the employee indirectly pays his or her attorney. For example, if an employee’s attorney is able to negotiate and obtain an agreement for a lump sum settlement, then the lawyer legal fee will be a percentage of the lump sum amount. The percentage is set by the Workers’ Compensation Act. The insurance company would then send a check to the injured worker and a check to the worker’s attorney for their respective amounts. See How an Injured Worker Pays for a Workers’ Compensation Attorney for a more detailed explanation.

Attorney Charles S. Pappas at Mahaney & Pappas, LLP specializes in helping injured workers get the benefits they deserve after being seriously injured at work.  He understands that if you have been hurt on the job and are unable to work and earn money you probably have a lot of questions and concerns.

If you have questions about what to do or what you deserve after being hurt at work, feel free to call Attorney Pappas at (508) 879-3500 or contact him online. He offers free, no-obligation meetings and case evaluations where he will let you know what your legal rights and options are.