Who pays medical expenses after a pedestrian hit and run? 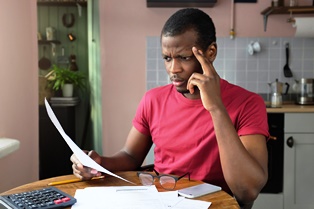 Pedestrian accidents can lead to tragic consequences. When a person is hit by a car, the injuries are frequently catastrophic, causing thousands of dollars in medical bills, lost wages, and other costs. If the negligent driver stops at the scene and is ticketed by police, the victim might be able to hold them—or rather, their auto insurance company—liable for the losses.

However, far too often, pedestrian crashes are hit-and-runs, meaning the driver is never caught. In this situation, the injured victim has to rely on their own insurance coverage.

As a no-fault car insurance state, Massachusetts requires that the victims’ own personal injury protection (PIP) insurance pays medical bills up to $2,000. This is true whether you were hit as a pedestrian or were in another car. So even if the driver is caught and is determined to be 100 percent liable for your injuries, you still have to make a claim on your own car insurance.

For Catastrophic Pedestrian Injuries, You Can Sue the Driver

If you suffer a traumatic brain injury, spinal cord damage, or multiple compound fractures, your bills will likely easily exceed the $2,000 maximum paid by PIP. In this situation, the driver who hit you could be forced to pay your medical costs. However, if they can't be found, it will likely be your car insurance or, if you don’t have car insurance, your health insurance, that pays the bills.

A few steps you could take at the time of the crash to try to locate a hit-and-run driver include:

The personal injury team at Mahaney & Pappas, LLP, helps pedestrians after they have been injured by a negligent driver. Contact us to learn about your options for recovering compensation for you or for your child in a pedestrian hit-and-run.