Settlement Reached for $294,000 for Multiple Injuries Suffered in a Massachusetts Trucking Accident

A settlement was reached for a fifty-five-year-old man who suffered serious injuries as a result of being rear-ended by a commercial rubbish truck while waiting to turn left in traffic. The client had to be extricated from his vehicle and there were considerable medical issues presented in this case. However, due to the thorough investigation, experience and litigation skills, Mahaney & Pappas, LLP secured a $294,000.00 settlement for their client.

Our client was operating a medium sized commercial van on the day of the accident.  He was a part-time driver for a commercial business and was waiting for traffic to allow him to turn left into the parking lot of his employer’s business.  A large rubbish truck, traveling directly behind our client failed to see the stopped vehicle with its directional on and slammed into the rear of our client’s vehicle. The impact resulted in our client having to be extricated from the vehicle by the fire department.  The force of the collision caused his head to snap back leaving a sizeable dent as on the metal partition behind his driver’s seat.

The responding paramedics extricated him from his vehicle and immobilized his spine for transport to the emergency department.  Our client’s chief complaints were severe headaches and debilitating pain from his neck to his lower back as well as numbness to his lower extremities.  Fentanyl had to be administered given his level of pain.

Issues Presented in this Case

What complicated matters in this case is that our client had a considerable medical history, including a prior unrelated back operation.  These issues had a direct impact on the treatment he was provided.  The insurance carrier went to great lengths to blame his present issues on his past medical history.  Knowing how to differentiate between past and present medical conditions is fundamental to handling personal injury cases.

Our client was in a tough position. He was not a surgical candidate given his overall medical comorbidity.  He had lost the income and his physical condition resulted in him being homebound. His complaints were of numbness and paresthesia in his lower extremity, herniated and protruding discs, difficulty standing, debilitating headaches, vertigo, cochlear concussion, lumbar stenosis and lumbosacral neuritis and a meniscus tear to one knee and internal derangement to the other knee.

We were contacted soon after the accident. Contacting an experienced Massachusetts personal injury law office right away was a great decision by the client, especially in this situation. Our office understood there were two aspects to this case, a Massachusetts workers’ compensation claim and a negligence claim (third party claim) to this accident. Since this client was injured by a third party while he was in the course of his employment, he was able to seek compensation and benefits in both claims. Attorney Chuck Pappas and Attorney Joe Mahaney took immediate action on this case. We instantly got him workers compensation benefits which included temporary total disability benefits and medical payments. We made sure these benefits were seamlessly obtained so that the client could focus exclusively on his treatment and rehabilitation.

We retained and worked closely with medical experts on the third-party negligence claim. Medical experts were necessary given the preexisting medical conditions this claim presented. Initially, the trucking insurance company only offered $40,000. However, after they were presented with the medical expert reports and following thorough and detailed negotiations, they increased their offer to $275,000. This was fair and reasonable and acceptable to our client. The settlement addressed compensation for medical bills, both past and future lost income as well as the impact on his lifestyle.

The total recovery for this client was $294,000.00. Our client and his family were very happy with our work and the results of his cases. 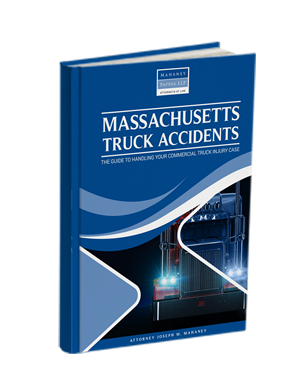