The “Going-and-Coming” Rule in Massachusetts for Work Related Accidents 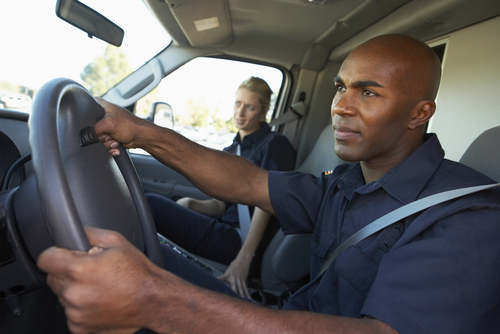 The Workers’ Compensation Act in Massachusetts is designed to provide certain benefits to workers who suffer an injury or illness on the job. Generally, workers’ compensation insurance offers employees, who have been injured on the job, disability benefits, which are designed to replace wages unable to be earned, and medical benefits to cover the cost and expense of medical treatment. A major question, however, is whether an injury suffered going to or coming from work is covered by workers’ compensation in Massachusetts.

There are, however, certain rules that will bar recovery of workers’ compensation by an injured employee. One such rule is the “going-and-coming” rule.

An issue arises when an employee is injured in an accident going to or coming from work. Case law in Massachusetts has held, generally, that compensation for an injury arising out of and in the course of employment does not extend to cover employees going to and coming from their work. This is referred to as the “going-and-coming” rule. This rule bars recovery of workers’ compensation benefits.

Thus, if a worker is injured in an accident on his or her way home from work, any injuries suffered will most likely not be covered by workers’ compensation under the “going-and-coming” rule.  For example, if an employee finishes work for the day, leaves their place of employment and then is injured in a rear-end car accident on the Mass Pike, he or she will most likely not be entitled to workers’ compensation. This is because the employee was not fulfilling any obligation on behalf of the employer and compensation for injuries suffered on the way home from work, therefore, are generally barred by the “going-and-coming” rule.

But, like many rules in the law, there are exceptions. One exception is for employees who regularly leave their work office to perform their work. This is sometimes referred to as the “traveling employee exception”. For example, if a home health aid was driving to her patient’s home to provide care and she is injured in a T-bone car crash, she will be entitled to workers’ compensation benefits. This is because she was “going” to a patient’s home in furtherance of her employer’s interests.

Another exception is if an employee is traveling somewhere on a special trip to fulfil their employer’s obligations. So, if an employee is asked by their employer to run a special errand, like to go to a store to buy something or to the bank to make a deposit for the employer, any injuries suffered while running that special errand should be compensable under workers’ compensation.

A recent decision in Massachusetts by an Administrative Judge of the Department of Industrial Accidents held that a nurse, who sustained serious injuries in an accident on her way home for the weekend, was not barred from workers’ compensation under the “going-and-coming” rule.

This nurse lived in Massachusetts, but was assigned to treat patients in a Vermont medical facility. She would stay at a hotel in Vermont for the week and drive home during the weekend. On the way home, the nurse was in a serious car accident and suffered numerous injuries that required several surgeries.

The Judge held that it was in the nature of the employer’s business to assign and dispatch employees to distant areas to work on a specific project until its completion. The employee’s travel was found to benefit the employer’s business and, thus, was compensable under workers’ compensation. The nurse was deemed to be a traveling employee, which is an exception to the “going-and-coming” rule.

The Judge ordered the workers’ compensation insurer to pay the nurse temporary total disability benefits as well as medical benefits to cover the costs and expenses of medical treatment for the work-related injury.

Have Your Work Accident Reviewed by an Experienced Workers’ Compensation Attorney

Attorney Charles S. Pappas of Mahaney & Pappas, LLP specializes in representing injured workers in Massachusetts. If you have been hurt in a work related accident and are unable to earn your wages, you should have your case evaluated by an experienced workers’ compensation attorney. You should seek legal advice from someone with your interest in mind, instead of relying on the insurance companies to determine if your injury is covered by insurance or if you are receiving the right amount of benefits.

Feel free to call Attorney Pappas at (508) 879-3500 or contact him online. Mahaney & Pappas, LLP offers free, no-obligation meetings and case evaluations. We look forward to hearing from you.