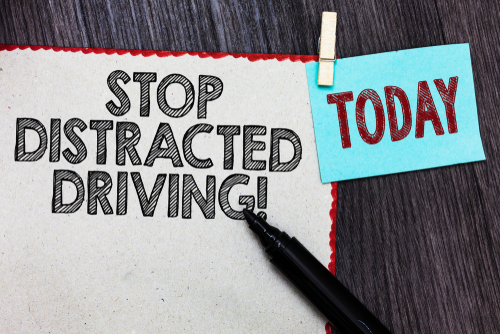 With the increase in technology and motor vehicle crashes related to distracted driving, Massachusetts Governor, Charlie Baker is currently proposing new road safety laws and rules. These proposed laws are aimed at creating safer roadways and highways in Massachusetts.

The proposed new laws may create new issues to be addressed in personal injury cases that stem from motor vehicle accidents. Specifically, a violation of one or more of these anticipated road safety rules could impact the determination of fault and liability in auto accident claims in Massachusetts.

The proposed new bill is designed to increase the safety of Massachusetts motorist that has been a long time in coming.  The first aspect of the new proposal focuses on drivers’ use of handheld cellphones while operating a motor vehicle.  Proponents of the legislation say hands free cell phone use would reduce distracted driving accidents.

Governor Baker, in eliciting support for his new proposal, cited alarming statistics of injuries and deaths on the roadways of the Commonwealth.  It’s hard to believe that between 2012 and 2016 there have been 1,820 deaths and 15,662 serious injuries in Massachusetts.  This is not the first-time legislators in the Commonwealth have made efforts to curb cell phone use in an attempt to reduce injuries and fatalities.  The Massachusetts Senate approved a handheld cellphone ban in each of the last two legislative sessions, but the bill never passed the House of Representatives.

Under the Governor’s legislation drivers could use hands free technology to talk on their phones or perform other functions but would not be allowed to touch the device “except to perform a single tap or swipe to activate, deactivate or initiate hands free mode”.  Again, how does a police officer articulate with a degree of accuracy exactly what a driver was doing?  Given the ubiquitous and essential nature of cell phones today distinguishing whether a motorist is actually texting or doing something else with their phone could prove challenging.

Additionally, the proposed bill also addressed speed limit restrictions in highway construction zones and safety features to be installed on state and municipal trucks over a certain weight.  Lastly the Governor also is pushing for a “primary seatbelt law” which allows police to stop a motor vehicle solely on the basis of a driver or passenger not wearing a seatbelt.  Such is not the case today.  According to the Governor “keeping the commonwealth’s networks of roads as safe as possible for everyone using them is one of our administration’s top public safety priority”.

How These New Proposed Laws Could Impact Injury Cases in Massachusetts

When someone is injured in a car accident in Massachusetts and files a personal injury claim, the injured party must prove another person (e.g., another driver) was negligent and their negligence was the cause of the accident. Negligence is the failure to exercise the standard of care that a reasonably prudent person would have exercised in a similar situation. Thus, in a personal injury claim from a car accident, the injured party must establish that the other driver failed to drive in a safe, careful manner and that failure caused the accident and injuries.

The goal of auto insurance companies is to pay the least amount possible in a personal injury claim. A common tactic employed by auto insurance companies is to attempt to show that the injured party / claimant in the personal injury case was comparatively or contributory negligent. This means that the injured party was also negligent and contributed to the crash and his or her own injuries. Under our current laws, the plaintiff cannot recover any money for his or her injuries if a judge or jury finds him or her to be 51% or more at fault for the accident.  In the event a plaintiff is found to have contributed less than 51% toward the accident, then he or she can recover money.  The amount of damages awarded, however, would be reduced by the percentage of fault the judge or jury assigns to the plaintiff.

With the new proposed traffic safety laws by Governor Baker, if the injured party was cited or alleged to have violated one or more of these proposed laws, it may allow an auto insurance company to argue the injured party’s violation contributed to the crash and his or her own injuries. This could result in an outright denial of a personal injury claim or a reduction in any amount ultimately offered or awarded in a personal injury case.

Obviously, the way in which these new laws would impact the liability determination of a personal injury claim remains to be seen. But, these are some thoughts on how the proposed new traffic safety laws could impact a personal injury claim. Despite these anticipated legal issues and proposed new laws, we should all put down our cell phones while driving and make sure we all contribute to safer roadways in Massachusetts.