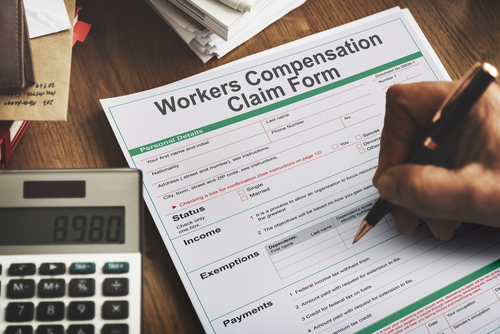 I recently handled a case in which a woman was hurt on the job in Massachusetts. Our client fell at her workplace in Newton, Massachusetts. The fall caused her to injure her hip as well as several other body parts. The workers’ compensation insurance company voluntarily paid the injured employee temporary total disability benefits and initially for all medical bills for treatment related to the injuries from the fall.

In Massachusetts, our workers’ compensation system requires employers to carry workers’ compensation insurance for their employees. This insurance covers and protects injured workers. The insurance policy offers certain benefits to cover the cost of reasonable and necessary medical treatment related to the work injury and provide disability benefits to employees whose injuries prevent them from working to earn their wages.

What this means is if a pre-existing condition is aggravated by a work accident, the injured worker may qualify for workers’ compensation benefits so long as the work injury is the major (not necessarily the predominant) cause of the employee’s disability or need for treatment.

Even though Section 1(7A) provides that benefits may be available to an injured worker who aggravated a pre-existing injury or condition, a workers’ compensation insurance company may still deny benefits (either disability or medical) for the injured worker (and routinely do).

In the case of our injured client, her orthopedic hip surgeon was very specific in his medical notes that the injured worker suffered from osteoarthritis in her hip, but that the fall at work was the major (not necessarily the predominant) cause of her disability and need for a total hip arthroplasty. This client did not even know that she had arthritis in her hip as it never bothered her before the work accident. The insurance company disagreed with her doctor and refused to pay for the hip replacement and relied on 1(7A) claiming that the arthritis was the predominant and major cause of the hip replacement.

I filed an Employee’s Claim for Benefits immediately. The Claim followed the normal process of a workers’ compensation case and after a Conference before a judge, the employee was examined by an impartial doctor appointed by the Department of Industrial Accidents. The impartial doctor agreed that the fall at work was the major, not necessarily the predominant, cause of the need for a hip replacement. Based upon the impartial doctor’s conclusion, the workers’ compensation insurance company agreed to pay for the hip replacement. Ultimately, this case was settled by way of a lump sum settlement.

So, just because an employee may suffer from a pre-existing injury or condition does not mean that he or she will not be entitled to workers’ compensation benefits after a workplace accident.

To schedule a complimentary appointment and case evaluation call us at (508) 879-3500 or contact us online. We are happy to help and answer your questions.