You Do Not Need to Strike Your Head to Suffer a Concussion. Don't Let the Insurance Company Minimize Your Massachusetts Injury Claim 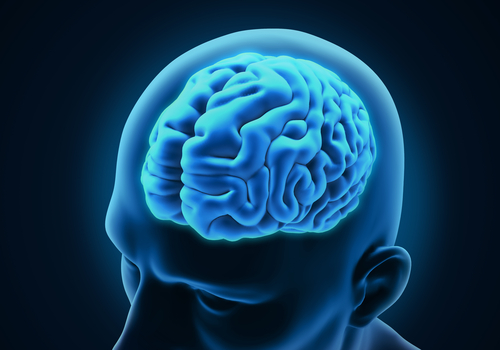 A common injury we have helped many Massachusetts accident victims with is a concussion suffered in a car crash. A concussion is a type of traumatic brain or head injury that can be caused when someone strikes their head against something. Concussions usually affect brain function and can cause a host of terrible, debilitating symptoms.

In some circumstances, however, an accident victim need not strike his or her head in order to suffer a concussion. Likewise, not all traumatic incidents, such as motor vehicle accidents, need to result in loss of consciousness in order to have suffered a concussion. If you sustained a concussion from an serious car accident caused by negligent driver in Massachusetts and the insurance company is not willing to fully compensate you for your injury or you need help obtaining fair compensation, you should consult with an Massachusetts injury attorney experienced in catastrophic accident.

Concussions fall under the category of head injuries. These are technically referred to as traumatic brain injuries (TBI) and are usually referred to as mild TBIs. TBIs are commonly understood to be caused by a strike or blow to the head. Football fans out there understand how blows to the head can result in concussions. Motor vehicle accidents are considered one of the top causes of concussions.

According to the Centers for Disease Control and Prevention (CDC) there were nearly 225,000 TBI-related hospitalizations in 2018 and just over 60,000 TBI-related deaths in 2019. The 2020 statistics reported by treatnow.com stated that car accidents contribute to about 14% of the aggregate traumatic brain injury cases in the United States each year. That’s pretty significant.

The increase in concussions from car crashes have become a major concern due to the severity of symptoms and even fatal consequences of TBIs. In fact, recently motor vehicle crashes were determined to be the leading cause of TBI-related death for children and young adults ages 5-24 years. Due to statistics like these, a lot of focus has been put on preventing and treating concussion and concussion related symptoms.

TBIs and concussions can result in incapacitating symptoms, including nausea, cognitive impairment, headaches, sleep disturbances, depression among many others. The severity of the symptoms can range from mild to severe. Regardless, they are awful for accident victims to suffer. Also, the symptoms may last a few days, weeks, months or even years and can result in severe post-concussion syndrome and long-term health problems.

As I stated above, the general understanding is that a concussion is caused by a strike or blow to the head. Then again, did you know that you do not need to actually strike your head to sustain a TBI, such as a concussion? It’s true.

Sure, when we think of car crashes, we can all picture a driver or passenger striking their head against the steering wheel, window, dashboard, headrest, or some other part of the interior of the vehicle. However, the forceful impact of a car crash can cause the brain to shift suddenly inside the head and slam against the interior of the hard, bony skull causing a concussion. This can happen even when the victim’s head doesn’t strike any other object.

Do Not Let an Insurance Adjuster Minimize Your Concussion

Many times, insurance companies may minimize or disregard the complaints of accident victims’ injuries and pain. This is true for victims who’ve suffered concussions after striking their head in car crashes, but even more so for accident victims who have sustained a concussion without any evidence of a head strike.

For example, a Framingham resident was rear-ended while getting off the Massachusetts Turnpike at the Natick exit. She felt a sharp pain in her neck and upper back and was very shaken up. She described it as an adrenaline rush and was shaky. But she didn’t think she needed an ambulance. She had plenty of damage to the rear of her vehicle, but it was drivable. Thus, she exchanged information with the negligent driver who rear-ended her and went home.

Later that night, she developed a severe headache and her neck/upper back pain got worse. Worried, she had her boyfriend driver her to the emergency room at a Framingham hospital. She was diagnosed with a cervical strain and thoracic strain. During the first few weeks of treatment with a physical therapist, she continued to suffer headaches, sensitivity to noise and light, and nausea. She sought further treatment for her symptoms and was diagnosed with a concussion from the car accident.

When this woman finished her treatment, all her medical records and bills were obtained and a demand for settlement was served upon the negligent driver’s auto insurance carrier. The adjuster raised concerns about the reported concussion and refused to accept it as an injury suffered in the crash. The adjuster relied on the emergency room medical records wherein our client reported that she did not strike her head or lose consciousness in the rear-end collision.

Our office aggressively fought for our client and obtained a narrative report from an expert concussion specialist. The medical expert opined that the accident victim suffered the concussion and post-concussive symptoms in the rear-end collision due to the sudden impact of the cars causing her head to snap back and forth resulting in her brain shifting inside her skull.

Not only is this a great example of how concussions can be suffered without a head strike, but also how experienced injury attorneys can help you get the financial compensation you deserve for your injuries and losses. If you have found yourself being taken advantage of by the insurance company or need an expert on your side, you should consult with qualified Massachusetts accident lawyers. At Mahaney & Pappas, LLP, we are always here to help.