Massachusetts Is a Hands-Free Driving State 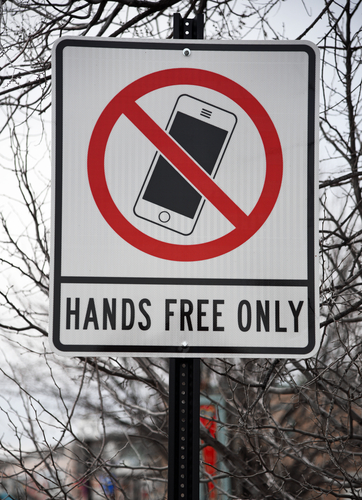 Specializing in personal injury law, we meet with a lot of Massachusetts residents who were injured in accidents. Many of those accidents are motor vehicle crashes. We recently met with a woman who was injured in a crash in Worcester. She explained that she was driving straight through an intersection when she was t-boned by another driver. Witnesses to the crash told her that the other driver was holding and looking at his cell phone when he ran a red light and crashed into the woman.

Perhaps the other driver was not aware of the new legislation that was signed into law in late 2019. This new law, which will take effect on February 23, 2020, bans handheld electronic device use by operators of motor vehicles. This is commonly referred to as the hands-free driving legislation. The purpose of this legislation, obviously, is to improve road safety and reduce the amount of crashes and serious injuries or even death. However, there are still some drivers out there that are not aware of this new law. So, I’m doing my part to help spread the word and so should you. It just might save someone’s life.

Overview of the Hands-Free Driving Legislation

The hands-free driving act was part of the comprehensive road safety package that was filed in 2019 by Governor Charlie Baker and Lt. Governor Polito. This new legislation is self-explanatory. The law specifies that no motor vehicle operator may use electronic devices while driving unless the technology is being used hands-free. The term “electronic devices” clearly includes the hands-free use of cellphones while driving. This means that now operators cannot read or view texts, look at photos or watch videos.

There are some exceptions.  Electronic devices may be used in hands-free mode, such as Bluetooth or if the device is assisting with navigation. The electronic device, however, must be appropriately mounted in the vehicle’s windshield, dashboard or center console in a manner that does not impede the operation of the motor vehicle. So, basically, drivers cannot hold their phones to search or scroll through emails, texts, photos, etc.

The Commonsense Purpose of the Hands-Free Driving Legislation

It most likely doesn’t need to be explained, but this new law is intended to increase road safety for all. It is intended to deter risky driving behaviors, reduce crashes that cause serious injuries, and save lives. There have been countless studies and research that confirm the dangers of distracted driving. In this day and age, cell phones are a major cause of distracted driving. Preventing drivers from holding their cell phones or other electronic devices while driving will keep drivers’ focus on the road.

Governor Baker explained it perfectly. When he signed the legislation into law he said, “When a driver on an electronic device hits something or someone, that’s not an accident. It’s a crash that was avoidable.” An avoidable crash is one that was caused by a negligent driver. These are the types of crashes that impose liability upon a driver and offer compensation to accident victims.

In Massachusetts, if a driver is negligent and his or her negligence causes a car crash that injures another person or persons, the accident victim has the ability to seek compensation from the at-fault driver and his or her auto insurance company that insures the negligent driver’s vehicle. You may be wondering what negligence is. Negligence is the legal principle that determines liability in bodily injury claims that arise from motor vehicle crashes. It is considered the failure to exercise the standard of care that a reasonably prudent person would have exercised in a similar situation. Thus, a driver holding and scrolling through a cell phone who causes a crash will most likely be held to have been negligent and liable for the injuries and damages they caused.

If You've Been Hurt in a Car Crash, We're the Car Accident Lawyers You Need

If you’ve been seriously hurt in a car crash and you are not sure whether you are entitled to compensation, the best way to find out is to speak with an experienced Massachusetts personal injury attorney. Call Mahaney & Pappas, LLP at 508-879-3500 or contact us online.