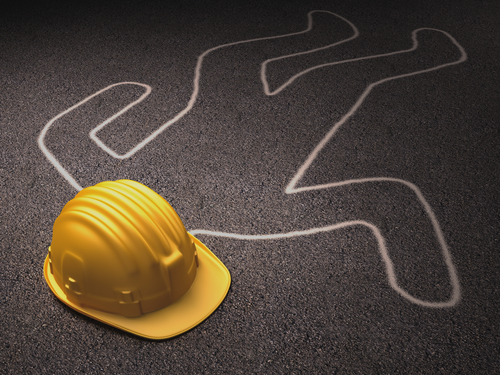 If you have lost a loved one in a work-related accident in Massachusetts, you are most likely overwhelmed with grief and many other things. There is nothing more devastating to a family than losing a loved one. While you are understandably overcome with heartache, you should be aware that fatalities from work-related accidents are covered by Massachusetts Workers’ Compensation. It is important to know your rights after losing a loved one in a work accident.

Recent Report on the Increase in Work-Related Fatalities in Massachusetts

As stated above, WCVB 5 News Boston reported that work-related deaths increased in Boston and in the Metro Boston area, in towns such as Cambridge and Newton. The report indicated that the death rate from work accidents increased by approximately 56 percent in 2015 and another 7 percent in 2016. In 2016 there were 75 work-related deaths compared to the low amount of 22 deaths in occupational accidents in Metro Boston in 2012.

Fatal work injuries claimed 75 lives in the metro Boston area in 2016, the most since 2000, according to the federal government. Nationwide, in 2016 there was an increase in almost one thousand deaths according to the Federal Bureau of Labor Statistics.

Among the fatal work injuries in the Boston, MA area in 2016, construction accidents and extraction accidents had the highest number of deaths. Across the US, transportation accidents were the leading cause of work-related deaths in 2016.

Due to the growing number of fatal work accidents in Massachusetts, a bill was signed extending Occupational Safety and Health Administration protections to all public sector workers, and the state's new criminal laws increasing the punishment for corporate manslaughter.

The surviving spouse and dependents of a fatally injured worker may be eligible for workers’ compensation benefits. These type of workers’ compensation benefits are commonly referred to as death benefits or financial benefits and cost of living benefits. For the surviving spouse and/or dependents to be entitled to these benefits, it must be established that the worker’s death resulted from an injury that originated from their employment. Also, dependents must show that they were reliant upon the deceased worker’s pay for their support.

The death benefits available to a surviving spouse include weekly payments equal to two-thirds of the deceased employee’s average weekly wage. Children of the deceased worker who are under the age of eighteen and are living at home in the custody of the worker are entitled to weekly workers’ compensation benefits. In addition to these benefits, the workers’ compensation death benefits include reimbursement of up to a specific dollar amount (currently $4,000) for burial expenses.

As the report indicated, construction accidents and transportation accidents were some of the leading causes of work-related deaths in Massachusetts and across the country. If a worker was injured in one of these types of accidents, in addition to a workers’ compensation claim, there may also be a third-party personal injury claim.

Remember, an injured worker in Massachusetts is generally precluded by law from suing their employer for injuries suffered in a workplace accident. Massachusetts General Law, Chapter 152, Section 15, however, allows an injured employee to file a personal injury claim or lawsuit against a third party (someone other than the employer), who was responsible for causing the workplace accident and employee’s injuries.

So, when an employee is on the job and is injured in an accident that was caused by a third party, the injured employee can seek benefits from workers compensation and also pursue a personal injury claim or lawsuit against the negligent third party. For example, if a commercial truck driver was injured in a trucking accident caused by someone else, he or she may receive workers’ compensation benefits and pursue damages in a personal injury claim. In the case of a fatally injured worker in a similar type of accident, the surviving family members can receive the death benefits or financial benefits from workers’ compensation and file a wrongful death lawsuit that seeks damages for the damages they incurred. These damages include the lost income and financial support the spouse would have provided had he or she remained alive as well as damages for pain and suffering, loss of consortium, companionship or affection for the spouse and children of the deceased person.

Speak With An Experienced Injury Attorney in Massachusetts?

If you have lost a loved one in a work-related accident in Massachusetts, you and your family may be entitled to workers' compensation benefits. The lawyers at the Framingham law office of Mahaney & Pappas, LLP specialize specifically on accident and injury cases and are here to help. Whether you need an attorney to represent you and your family or just have a specific question, feel free to contact us.

We offer a no-obligation complimentary case evaluation. Please call us at (508) 879-3500 or contact us online to set up a time to speak with one of our experienced attorneys.