What information does a truck event data recorder contain? 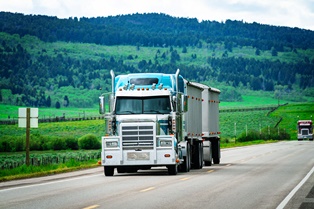 After a tragic airplane crash, we follow news reports about retrieving the airplane’s “black box” or flight data recorder. We understand that this device contains important information about what was happening to the plane at the time of the crash and that it is somehow indestructible.

What you may not know is that most commercial semi-trucks have similar devices, also sometimes referred to as black boxes, but officially known as the truck’s event data recorder (EDR). And just like in an airplane crash, this device holds vital evidence of the cause of the crash.

While EDRs aren't required by the National Highway Traffic Safety Administration (NHTSA), almost all vehicles have some version of this equipment. Most of these devices record essential information, such as the following:

As you can see, this kind of data could be vital in determining the cause of a truck crash. However, it won’t be easy for the victim of a semi-truck crash to obtain this important device. However, working with a truck accident attorney will help you get the evidence you need to prove liability.

As your legal counsel, one of the first things our team does is send the truck driver and their employer a spoliation letter, which legally compels them to preserve key pieces of evidence, including the EDR. If you were injured in a truck crash in Massachusetts, contact the attorneys at Mahaney & Pappas. We'll get to work obtaining evidence right away.