Client Received $105,000 for a Torn Rotator Cuff Suffered in a Fall at a Massachusetts Amusement Park 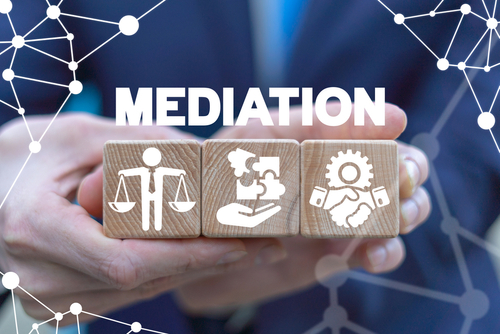 After suffering serious injuries in a fall, the insurance company denied our client’s injury claim. We then filed a personal injury lawsuit. Following thorough litigation and an extensive mediation, our client received $105,000 in compensation for her injuries and pain and suffering.

How the Accident Happened

Our client is a proud grandmother, who took her grandchild to an amusement park in Plymouth County, Massachusetts around the Christmas holiday. The whole park was Christmas themed and despite being well lit, one ride the child selected was not properly illuminated. Not only was the ride improperly illuminated, but the ride required that the parents/adults walk onto the ride to strap the children in.  The grandmother, a woman in her mid-60’s, strapped her grandchild in and fell while trying to exit the ride.  She fell forward using her arms to brace her fall, injuring her shoulder.

The cause of the accident was not readily established. The position of the amusement park was that they did nothing wrong. Their position was that the ride was inspected and operable and maintained that our client was to blame for her own injury. Our client was steadfast that the ride appeared to be “still under construction” despite being open to the public. Aside from poor lighting there were additional safety precautions not in place.

Upon being retained by this client to pursue a personal injury claim, our office immediately began an investigation, which led to both evidence and witnesses that were able to corroborate her version of the incident and liability on the part of the amusement park.

Overview of the Injuries Suffered by Our Client

Years prior to the accident, our client had shoulder surgery to repair a torn rotator cuff. She had a good result from the prior surgery and after a course of physical therapy, she regained full motion and strength in her shoulder. When she fell at the amusement park, she reinjured the previously repaired shoulder. An MRI of her shoulder revealed a large full thickness tear of the conjoined supraspinatus infraspinatus tendon that retracted to the level of the acromioclavicular joint.  In laymen’s terms, she suffered a torn rotator cuff. After a lengthy period of physical therapy with the help of cortisone injections, she was left with no option but to undergo a reverse total shoulder arthroplasty to repair her rotator cuff.

This is a tough surgery for someone in their 30’s. It’s a very tough surgery for a woman in her mid-60’s.  Simple daily tasks, such as dressing, reaching for, or carrying items, pushing herself out of a chair or bed.  It was a very difficult recouperation for our client.  The whole time the amusement park was denying liability.

Legal Action in a Massachusetts Court Resulted in a Favorable Settlement

When the insurance company that insured the amusement park denied liability, Attorney Mahaney filed a personal injury lawsuit claiming the amusement park was negligent. During the course of litigation, extensive discovery was conducted to obtain relevant evidence to support the plaintiff’s negligence cause of action.

Attorney Mahaney worked closely with the client’s orthopedic surgeon to obtain his professional medical opinion as to the causation of the injuries and the permanent impairment sustained by the client. The orthopedic surgeon provided a medical narrative report, which detailed the client’s injury and treatment and gave a medical opinion as to her residual impairment in accordance with the guidelines outlined in the American Medical Association’s Evaluation of Impairment. This was instrumental in establishing the significance of the injuries our client suffered as well as the permanent impairment that resulted from the injury and surgical procedure.

From the beginning the amusement park contended they were not responsible for the accident. Only after extensive discovery along with medical reports detailing the injury, treatment, surgery, and permanent impairment did the amusement park agree to mediation in order to settle the matter.

After a comprehensive mediation, the insurance carrier representing the amusement park acknowledged the strength of our case and evidence and agreed to pay $105,000 to compensate our client for her losses and injuries.

Speak With an Experienced Massachusetts Slip and Fall Lawyer Today

If you have been injured in a local slip and fall accident, our Massachusetts slip and fall injury lawyers are here to help and fight to get you the financial compensation you and your family deserve. We understand the stress of dealing with recovery, both physically and financially, and can help guide you through the personal injury claim process to take the immediate action needed on your case. If you, or a loved one, has been injured in an accident, please contact us online or call (508) 879-3500 to schedule a free case evaluation.