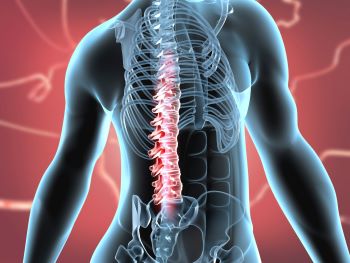 Our office secured $97,500 for a Brockton, Massachusetts resident who suffered lower back injuries in an unusual accident. A key issue this case presented was the client’s preexisting lumbar spine injuries. Although the auto insurance company attempted to low ball our client due to the prior and preexisting injuries, Attorney Pappas was successful in overcoming the typical insurance company’s tactics and recovered the financial compensation his client deserved.

In the early morning hours on a Sunday, our client was driving northbound on Route I-495 near the Bellingham, Massachusetts exit. At the same time, another driver was also traveling on Route I-495 North but he was negligently driving the wrong way (southbound) in the northbound travel lanes at recklessly high speeds.

A third vehicle also traveling the correct way northbound on Route 495 North collided head-on with the reckless southbound driver in a devastating crash. Our client was traveling behind the head-on crash that caused debris and pieces of the other vehicles to be scattered across the highway. Our client had to make abrupt, sharp maneuvers to avoid the other vehicles and wreckage. While he was able to escape a collision with the vehicles, he couldn’t avoid the debris from the crash. He struck the pieces of the other cars that were all over the highway, skidded, and spun out off the roadway into the grassy area on the side of I-495.

Our client struck his head on the ceiling of his car and his body was forcefully thrown about inside his car as the vehicle skidded off the highway. This caused him serious injuries to his neck and back.

The Accident Severely Aggravated and Worsened a Preexisting Lower Back Injury

At the time of this crash, our client was under the care of an orthopedic spine surgeon due to a prior injury. This man had a lumbar spine surgery approximately a year before this crash but was still in treatment recovering from the surgery.

Days after the accident, our client saw his surgeon. Luckily, x-rays showed that the alignment of the hardware from the prior surgery was unchanged. However, the aggravation and increased back pain and stiffness from the crash was worse than before he had his back operation. His surgeon recommended physical therapy.

Though physical therapy helped, our client continued to suffer pain and discomfort in his back. His surgeon then administered several intraarticular Bilateral SI joint injections. The injections helped and allowed our client to continue with therapy. This gentleman also had Bilateral lumbar medial branch nerve blocks in his lumbar spine as well as a lumbar radiofrequency lesioning (“RFL”). RFL is a treatment that disrupts nerve signals on a long-term basis. The purpose of this treatment is pain management and our client stated that the RFL provided 60-70% relief. This conservative treatment and pain management was successful in relieving a majority of the symptoms this client suffered from. His surgeon determined that he did not require another back operation.

Initially, the at-fault driver’s insurance company questioned the causation of our client’s injuries. Their position was that he couldn’t have been hurt since he didn’t collide with or wasn’t struck by their insured’s vehicle. This was a flawed argument as accident victims have a valid claim for injuries in Massachusetts where a negligent driver causes injuries to another including accidents where a driver is forced off the roadway by the negligent actions of another driver. Contact between the vehicles is not necessary for a valid accident injury claim.

Additionally, the insurance adjuster raised serious arguments about the injuries claimed. Specifically, they raised defenses regarding the prior and preexisting injuries of our client. Auto insurance companies routinely use prior injuries as a way to try and minimize the amount of compensation they pay accident victims. In order to rebut their arguments, our office obtained a medical narrative report from our client’s treating orthopedic surgeon. The narrative explained the prior injuries and surgical procedure our client had and his baseline at the time of the accident. The surgeon detailed how this client made a lot of progress after his back surgery and was doing very well. She further stated how the motor vehicle accident aggravated his preexisting lumbar spine condition and that he “is much worse now than he was prior to the accident.”

Using the medical narrative report and Massachusetts case law holdings on aggravation of preexisting conditions, that “If the injury causes or contributes to a worsening of a pre-existing condition, the person liable for the injury is also liable for the resulting aggravation of that condition.” Pierce v. Nawn, 5 Mass. App. Ct. 224, 226 (1977) we successfully argued that, although our client had a preexisting lumbar injury, he, nonetheless, has the right to recover where his injury resulting from the other driver’s negligence combines with a pre-existing physical condition to bring about greater harm to our client than would have resulted from the injury alone. The medical narrative was instrumental in obtaining the compensation our client deserved.

Following thorough negotiations, our office secured a $97,500 settlement for our client.

Car Accident Attorneys in Framingham for Serious Back and Spine Injuries

Contact our car accident injury attorneys in Framingham, Massachusetts, if you or a loved one have been involved in a serious accident similar to the wreck described in this case, or perhaps had similarly severe injuries due to the negligence of another driver. Our legal team is experienced in settling many types of injury cases, but new situations like this still happen. We use legal history and other resources such as medical narrative reports to build a case for unusal incidents like this one to fight for the compensation you justly deserve to recover both physically and financially.

Contact our firm today at 508-879-3500 or fill out the contact form on this page to set up a consultation for your case.